Ryan was born and raised in Pentwater, Michigan. He came to know Christ and asked Him to be his Lord and Savior at the age of six. He served 11 years in the US Army, as well as 12 years as a Law Enforcement officer with Kalamazoo Public Safety. Ryan committed his life to full-time ministry in 2004.

Gretchen grew up in the village of Blissfield, MI. She came to a saving knowledge of Jesus Christ at the age of 21. After studying Education, German and Spanish in college, she taught middle school level Spanish for 3 years. God has blessed them with two beautiful daughters and Gretchen enjoys being a wife, mom, and working full-time in the ministry with Ryan.

At the age of 4 Adrianna said that she wanted to be a disciple of Jesus and asked Him to forgive her of her sins. Adrianna shared her faith with Miranda 3 years later during evening devotions. After several months of asking questions, Miranda placed her faith in Jesus when she was 5 years old. 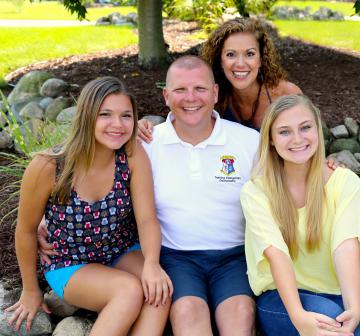 Stan was born in Eaton Rapids, MI and raised in Charlotte, MI. He surrendered his life to Christ at the age of 15. Stan served 25 years at the Kalamazoo Department of Public Safety as a Kalamazoo Public Safety Officer and retired at the rank of Lieutenant in July, 2016.

Nicki was born in Lansing, MI and raised in Charlotte, MI. She surrendered her life to Christ at the age of 16. She has a Business Management degree and worked in various office environments for 25 years.

Stan and Nicki have two adult children: Becca and Ryan. Becca graduated from college in 2017 and is living in Michigan. Ryan married Hannah in 2017 and both of them are attending university and reside in Oregon.

Partner with Stan and Nicki McDonald 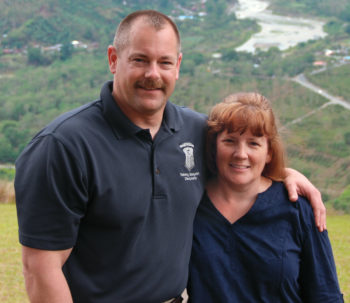 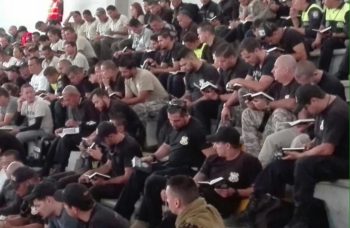 Tactica Ministries, Inc. (T.A.C.T.I.C.A) is a registered 501(c)3 nonprofit organization. All donations are tax deductible in full or in part.